In a recent report by Henley & Partners, 2022 Africa Wealth Report published in partnership with New World Wealth, it shows that the African continent holds USD 2.1 trillion (0.5% of the aggregate global wealth of 463.6 trillion) and is projected to grow by up to 38% within the next decade. According to Knight Frank’s Wealth Report, the number of multi-millionaires in Africa will grow at a faster rate than anywhere else in the world over the next 10 years. The negative impact that the COVID-19 pandemic had on private wealth and HNWI (High Net Worth Individual) wealth in Africa caused a drop in levels by up to 9% in 2020. African HNWIs are already on the path to recovery, total private wealth held in Africa is expected to hit USD 2.6 trillion by 2030. This will be on the back of rapid growth witnessed in the billionaire and centi-millionaires segments, particularly in the following fast growing economies; Ethiopia, Mauritius, Rwanda, Kenya and Uganda (AfrAsia Wealth report, 2021).

There are currently 136,000 high-net-worth individuals (HNWIs) with private wealth of USD 1 million or more living in Africa, along with 305 centi-millionaires worth USD 100 million or more, and 21 US dollar billionaires. Notably, out of the 54 countries on the continent, 50% of total continental wealth is concentrated in only 5 countries referred to as ‘The Big 5’. These countries are South Africa, Egypt, Nigeria, Morocco and Kenya, research and wealth reports show. However, Mauritius although not numbered with The Big 5, remains the wealthiest country in Africa, in terms of wealth per capita (average wealth per person) at USD 34,500 and not by number of HNIs or total aggregate wealth. The number of HNWIs in Mauritius is projected to exceed 8,000. Following Mauritius in the ranking by wealth per capita is South Africa at USD 10,970 and third is Namibia at USD 9,320. In Q3 2020, the World Bank officially classified Mauritius (a small island nation of 1.27 million people, cradled in the Indian Ocean approximately 2,000 km off the south east coast of Africa) as a high-income country. Mauritius is now referred to by wealth managers as the Indian Ocean Powerhouse.

Despite a tough past decade, South Africa is still home to over twice as many HNWIs as any other African country 39,300 with aggregate wealth of 651 billion USD, while Rwanda is 17th on the list with 700 HNWIs holding aggregate wealth of 11 billion USD. In a comment, the CEO of MyGrowthFund Venture Partners Vusi Thembakwayo speaking to the rising of new wealth economies and the disruption leading to the diversification into new sources of wealth-creation, reckoned it an exciting trend driving the creation and flow of capital across the continent and challenging the preexisting narratives. He also described Africa’s Wealth as having a polar domination, with the largest wealth centers in the most extreme south — South Africa — and the most extreme north — Egypt and Morocco. The rise of the Big 5 which can also be referred to as the new frontier economies is a trend to be observed. 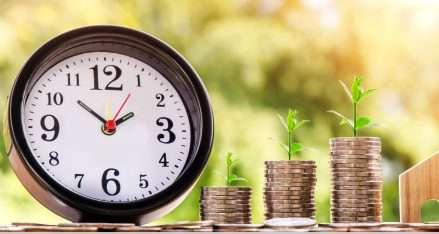 At PremiumTrust Bank, we take your privacy seriously.
We collect and process only personal information required to improve your banking experience, in line with NDPR, GDPR, and other applicable regulations.
Continuing to use this platform indicates you agree to our Privacy and Cookies Policies. Read our policies here